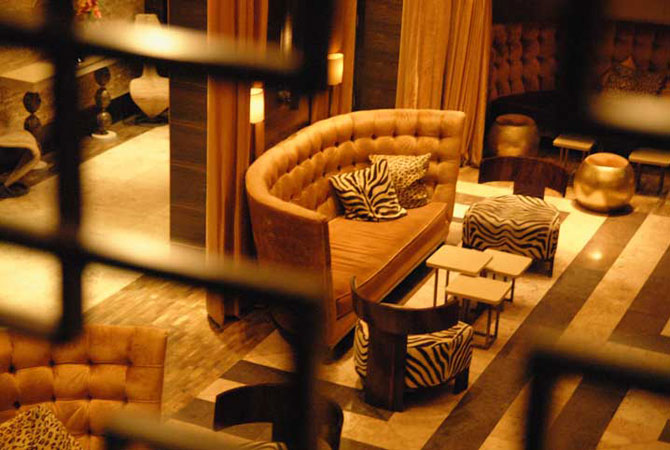 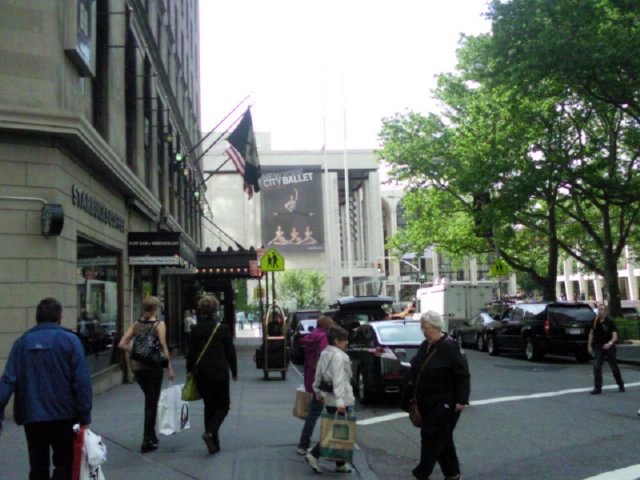 Sandra booked an awesome hotel for our trip to New York – The Empire Hotel. The hotel is on the left hand side of the street here (right next to PJ Clarke’s) and Lincoln Center is less than a block away. You should visit their website to see better photos but I’ll share some of my crappy cell phone pics here as well! (Keep in mind people, I don’t have a “cool” iPhone to shoot with! I have a crappy Samsung.) 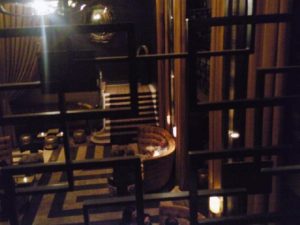 The Lobby / Lounge / Mezzanine area is a photographer’s dream. I actually did end up doing a photo shoot that quickly got shut down, by hotel management, even though I had received permission to shoot there. This photo (and the top photo) was shot from the equally nice Mezzanine level where I spent my time when I had to work. LOVE this furniture too!

The standard rooms are pretty small but are also decorated really nicely. We spent our time in the room doing yoga leg stretches against the padded leather headboards! 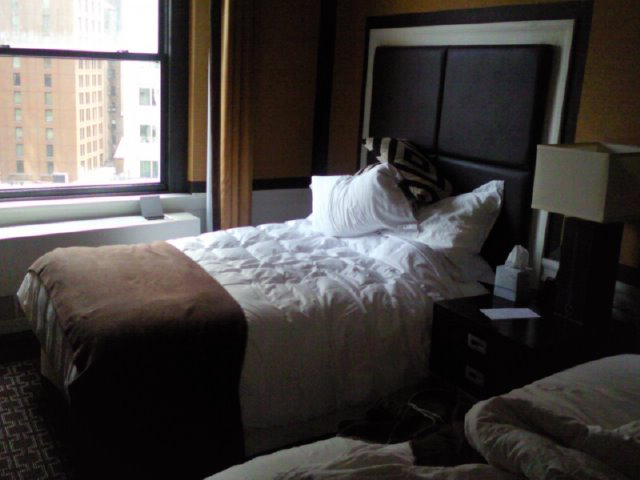 This is a shot of Sandra’s nicely made bed (she actually makes her own bed before the maids hit the room.) 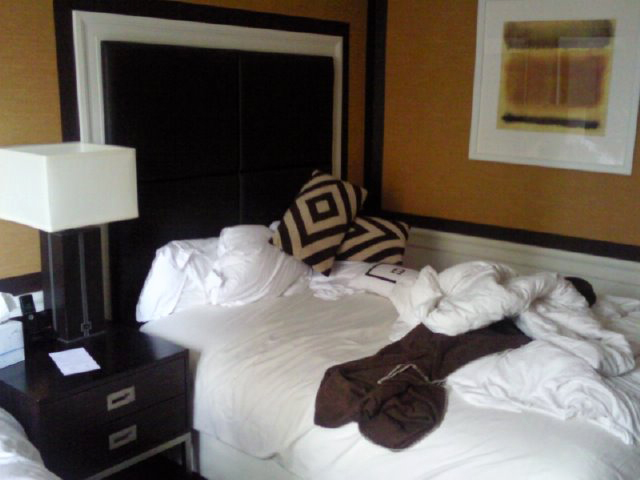 And below is a shot of “Guess Who’s” Bed?! (In my defense this photo was taken just before I checked out!) 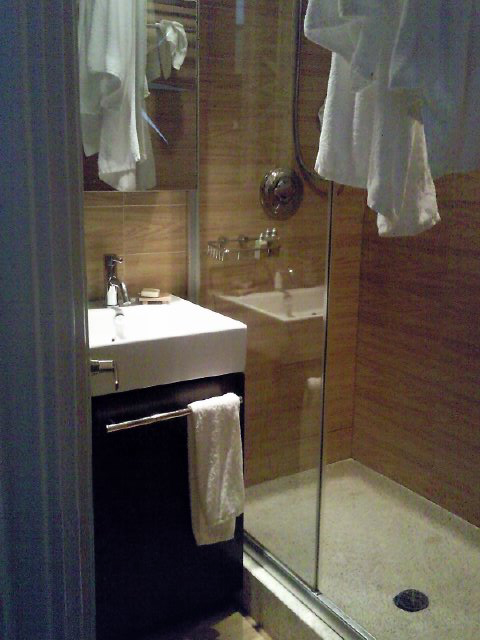 The shower was heavenly although there was absolutely no place to hang towels. We had to utilize chairs, lamps, suitcases, etc.

I would definitely stay at this Hotel again, since it was only a few blocks away from Columbus Circle, which gave us easy access to the Subway.