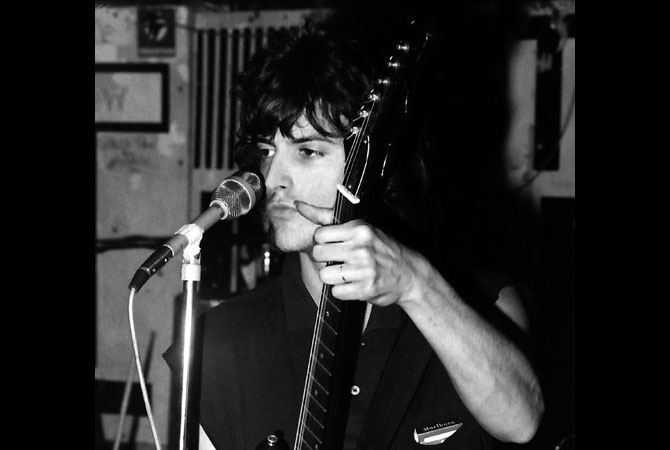 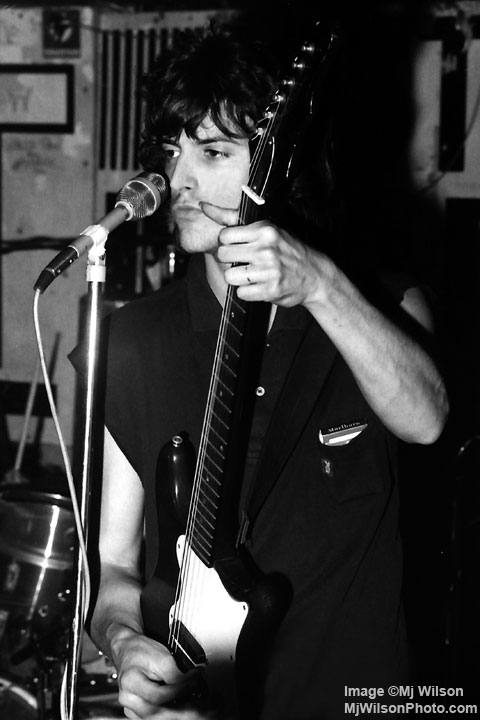 The Photo to the right, of Randy Gun, is one of my all-time favorite photos. I think it looks wicked, and sexy, and cute, all at the same time.

It’s funny how “true” I am to my own tastes, because when I unearthed these photos, about two months ago, I quickly decided that this one, was my “favorite” image from the many rolls of film that I had shot.

When I found other images, that were taken in my Boston apartment back then, this same image of Randy, was hanging on my wall as an 11×14 print. I guess my photo tastes haven’t changed at all over time.

I met Randy when I lived in Boston (Part Two.) He played Guitar and handled vocals for a New York City Band called The Necessaries. While The Necessaries headlined their own shows, on the East Coast, they also were the opening act for bands like The Clash, The Talking Heads, and The B-52’s. My time with Randy was a whirlwind of going to concerts that they were playing at, in both Boston and New York, and sometimes even going to multiple gigs in one night’s time. It was a fun time to be out and about in the burgeoning music scene, that was taking place on the East Coast, and his band was busy playing out, pretty much every weekend.

Anyone who knows me, or has seen the inside of my closet, knows that I pretty much only wear Black clothes. Suffice it to say that my love for “all black” clothes (and my fondness for Black leather) probably started with Randy. 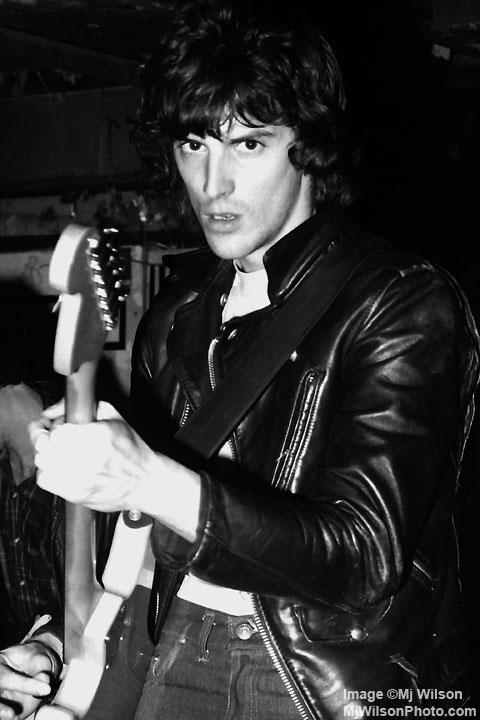 While I don’t remember every bar or club that we went to, I know that in New York they played shows at CBGB’s, The Mudd Club, The Bottom Line, Hurrah’s as well as Trax and in Boston they played at The Rat and The Paradise. Funny thing was – I didn’t even know what a “Guest List” was, before I met Randy, as I was so “new” to the music scene at that time.

Unfortunately, The Necessaries ended up changing personnel and Randy moved on to play with a different band that didn’t travel on the East Coast that much and I ended up moving to LA the following year. We kept in touch sporadically after that.

Two years later, I ended up in Boston and New York again, the Spring/Summer that my Mother passed away. A bunch of my friends from LA, came to meet me in New York, to show their support and my friend Krystyna and I thought it would be a good time to “find” Randy as well. This was in the days before cell phones, or email, so I don’t know how we did it, but we managed to get ahold of Randy through friends. (The Music “scene” in most cities is a really small community so it isn’t that hard to “find” people.) While I was calling around and being referred to different people to call, they kept asking “who” was “asking” for Randy. I figured the safest answer at that time was to say that I was a “friend” from Boston. It was hilarious to find out that most responses to me were: “Oh, you’re “That Girl” from Boston!” (Which is another story altogether.) So, “That Girl” from Boston actually did find Randy and he ended up helping me get through the really tough time of dealing with the grief I had. Funny thing is, neither of us really remember anything about that time, but I know I stayed there, with him, for a long weekend, and there are foggy memories of club hopping and drinks and leather pants and…whatever happened there, it did alleviate my grieving and started me on my path to healing. 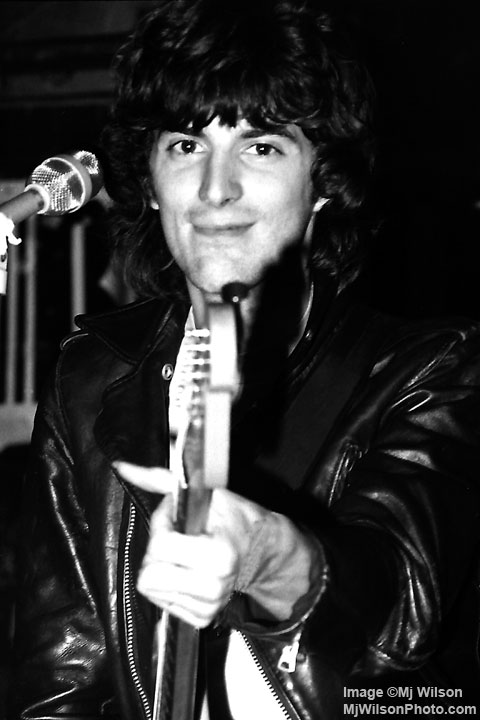 About a year later, I left LA for a vacation and went home to my parent’s house in Chicago. As soon as I came in the house from the airport, my Stepmother told me that I had a message. Since no one knew I was coming home, I asked her “who” the message was from. She replied: “Randy.” I asked bewildered: “Randy, who?” She said: “Read the message – Randy Gun!”

To say I was flabbergasted would be putting it mildly. I called Randy up at his hotel and asked him what in the hell he was doing in Chicago, at the exact moment I happened to come home for a rare visit? He was in town playing some Music Festival with LOLO (Love of Life Orchestra) and asked if I wanted to come down to hear them play. I was out the door in very little time, happy that I actually had something to do while I was in Chicago.

I have to note here that Randy pretty much always looked the same. He was really tall, with crazy, curly dark hair and he always had on a Black Leather Jacket and Black Sunglasses (the sunglasses were even on at night, much to everyone’s dismay.) So, I get to the hotel, ring his room to tell him I’ve arrived, and he asks me to wait in the bar for him.

So, I sit at the bar and I’m looking around at the scenery, wondering if he’ll look any different, but figuring not, because it had only been about a year since I had last seen him in New York. I look towards the door and look away and then do a double take and look again. This tall guy enters the bar, wearing a Black leather jacket, with Black Sunglasses on, but…he’s bald! Of course it’s Randy, and as he walks up I said: “You are kidding me, right?!” He asks if I “like the look”, to which I immediately reply, “No!” I asked if he was really bald now, and apparently the story was, he was trying to cut his own hair and goofed up so he “figured” that shaving it all off, was a better answer! (LOUD NEGATIVE BUZZER SOUND HERE!) 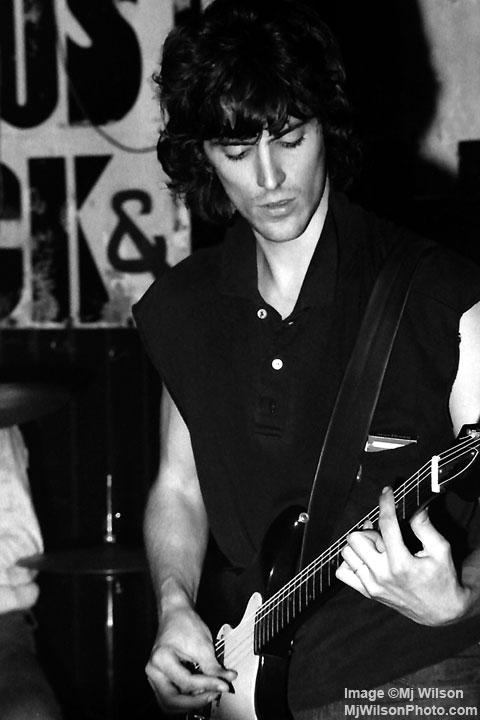 I don’t remember much of the rest of the night although Randy did remember a little more. He said it was some Music Festival with a lot of bands and they played by the waterfront. I know we went to the show, we don’t know how we got there, or how we got back. I don’t remember hearing any of the bands play but I remember calling Krystyna on the pay phone to tell her that she would never guess where I was, and who I was with!

Eventually, Randy had to come look for me because he couldn’t even find me, once their set was done, as I was still on the phone. Unfortunately, (and it may be a shortcoming of mine) I have never been attracted to bald men, so I ended up going home pretty much right after the show. I remember Randy “trying” to convince me that he was the same person, only minus the hair, but it was too much of a visual upset for me, so I had to leave. (I’ve also had to apologize profusely for that attitude of mine since then.)

Other than one phone call, another time I was in New York, about 4-5 years later, I basically lost touch with Randy, over the years. Most of my friends from the East Coast ended up visiting and/or moving to LA, but Randy was one of the few people who never did.

I found Randy (again) on Facebook at the end of February 2011. It has been almost three decades since we last spoke. I didn’t even remember that I had these images until I figured I must have shot photos at some point during our Boston/New York days. I was thrilled when I dug these negatives out of a box about a week later.

I hope you enjoy the photos. These were all taken the day after I met Randy for the first time. The Black & White images perfectly suit the grunginess of “The Rat” which was the Rock Club that we all hung out at, in Boston. 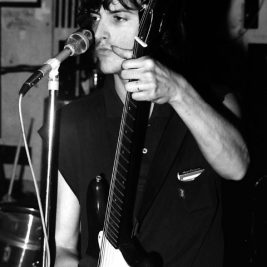 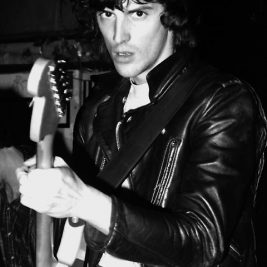 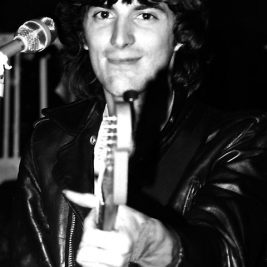 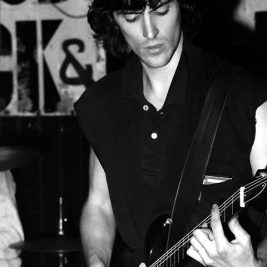 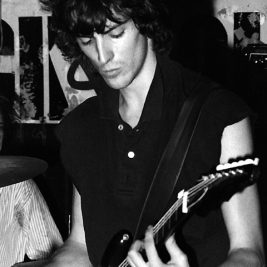 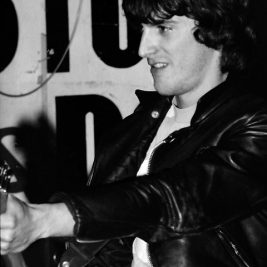 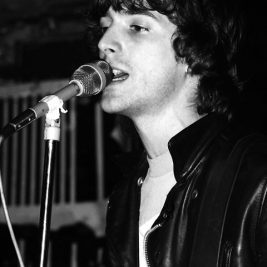 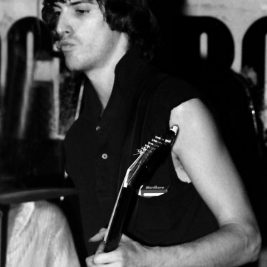 NOTE: The following photo is not one that I took but I always thought it was a great photo of Randy, so I thought I would include it. This image came off The Necessaries single and was taken by Paul Waldman. 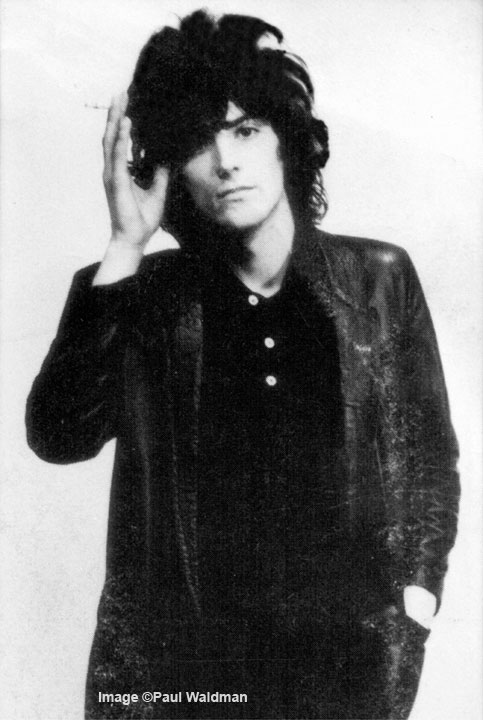 MUSIC SLIDESHOW: Listen to I Do by Randy Gun
(My images/his music)

MUSIC: Listen to I Apologize by Randy Gun

MUSIC SLIDESHOW: Listen to You Can Borrow My Car by The Necessaries
(My images/their music)