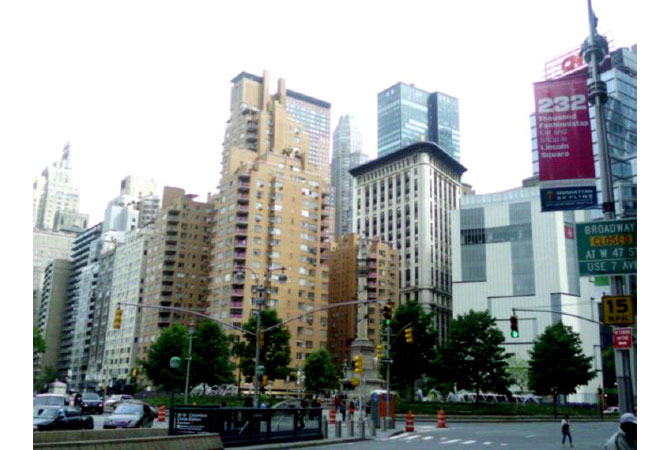 It’s Thursday and it’s time to head home. Of course the rain has finally stopped and it’s a beautiful, sunny day with the temperature hovering just at 70 degrees. Sandra and I are already debating just staying and renting an apartment! (ha ha)

I always end up “reflecting” on my experiences and that is no different here, so I’ll share my thoughts.

I was a little hesitant to return to New York, because I hadn’t been here in so many years, and living in the South you get acclimated to a slower pace. When you step back into New York, with all the people, and the hustle and bustle, it sometimes is off-putting at first.

I was never “scared” when I was in New York before because I was always with people who either lived in the city or knew where to go in the city. I did do some crazy things in my younger days though, like the time I got mad at my boyfriend and walked 8 blocks by myself, at 3:00 am, to buy cigarettes! Both he and the hotel people told me I was lucky to survive that experience because young girls should NOT be walking the streets of New York, at 3am, by themselves!

What I experienced this time in New York was people (men) going out of their way to help both me and others. I saw so many RAOK’s (random acts of kindness) that I was a little shocked, because it was so unexpected. From the Irish man who carried my suitcase up two flights of stairs in the Columbus Circle subway station, to the Oriental man who pointed out that I had left my umbrella on a bench, the day that I got soaking wet in Chinatown, to the person on the subway who gave up his seat to the handicapped man, to the subway employee who called out to me when my suitcase took off on its own, out the subway door!

Also, you New York men LOVE to flirt! Oh My God! From when I first came to New York in my 20’s, I never had a problem with men being friendly to me. That was no different this time around. It seemed everywhere I looked or whoever I talked to, the men were eager to talk, share a smile, or even a wink or two! From the local shop where I got my morning coffee, who never charged me full price, to the doormen at our hotel, to my awesome airport cab driver who shared stories and talked business with me for the two hour drive to the airport, to the airport screening employee who was so mean to everyone else, but had a smile, a sly comment and a wink for me, to the young Spanish guy who sat across the aisle from me on the plane, who winked at me when I rolled my eyes when a baby started to cry! I felt like I shared a wonderful experience with each and every one of those people.

Ladies though…nothing has really changed with you! The RUDEST people I have ever met or talked to, are the women from New York. When I came to New York in my 20’s, and went into a store that we purchased our crazy color hair dye from, instead of being greeted as a customer, I heard the snide comment: “Oh My God! You are so TAN!” (First off, I lived in Boston, and it was the middle of Winter and since when, is looking “tan” a crime or something to feel shameful of?!) This time, a woman actually made the same comment to Sandra at a different store!

Then there were the less than charming bitches in the past, who thought nothing of asking my boyfriend at the time, (right in front of me, no less) “What playground did you pick her up at” or “Since when did you start dating 12-year-olds?” If I remember correctly, these were grown women (much older than me), with industry jobs no less, so one would have thought they would have more tact than they did. I guess jealousy can rear its ugly head at any time? I never said anything or responded to them back then, which showed not only did I LOOK BETTER than they did, but I also quite obviously had better manners and social graces, than they did, at my then tender young age. My boyfriend protected me from people like that, by removing me quickly from those situations and we would have a laugh over them privately later, because I WAS of legal age to do anything I wanted!

The women seemed no different this time…from clerks who wouldn’t even look up, when you were standing right in front of them, to store operators who would make you ask the same question, 15 different times, until you got the question right, to fit their answers! Ladies take a pill or something to get that chip off your shoulder because it is not an attractive trait, and your attitude shows so much worse because the men are so overtly helpful and kind.

I can’t wait to come back to New York again!