I have a new habit when I’m here in New York City…I have lunch with my bud Elizabeth Bernstein and then we have to take a stupid picture of ourselves to “document” the day!

This time I made her go in front, so her head looked bigger in the photo, but I didn’t fare so well in the back. It was so windy out that my bangs were doing this Donald Trump “swoop” to the side and for some reason my red hair looks oddly dark brown.

Today was pretty cold and windy but it beat our last meeting in August when we walked Canal Street in a torrential downpour.

Elizabeth took me to lunch at this great place in Little Italy, called Ferrara Cafe Italiano and of course I ate total sugar for lunch. I have no idea what these were called, nor do I know why I am eating so much sugar (because I never do.) All I know is that they tasted damn good and that was the first time I ever ate a Cannoli. 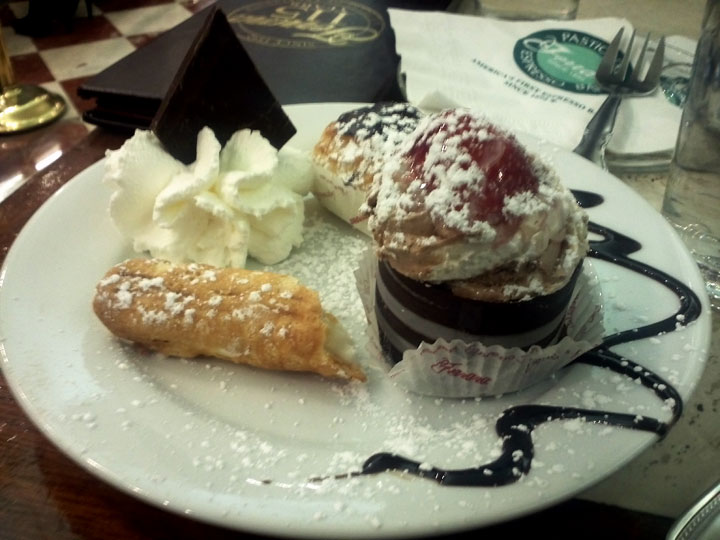 I left Lizzie so she could go back to work and I hit the Upper East Side Consignment Stores big time. I had only planned to go to one store but ended up finding treasures in three different stores! One of them was Second Time Around (STA) which has its own TV Show called Fashion Hunters. Not the most interesting show but I did find a Chanel bag there to call my own. Yeah!

On my way back to the hotel I found yet another Cupcake/Bakery place called Crumbs.

Dear God, it is even better than Sprinkles.

I just HAD to buy more cupcakes… 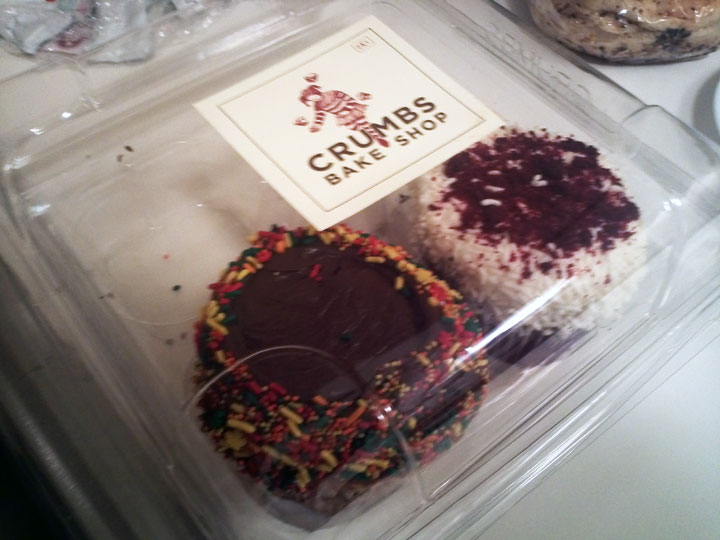