My Boys from Colorado 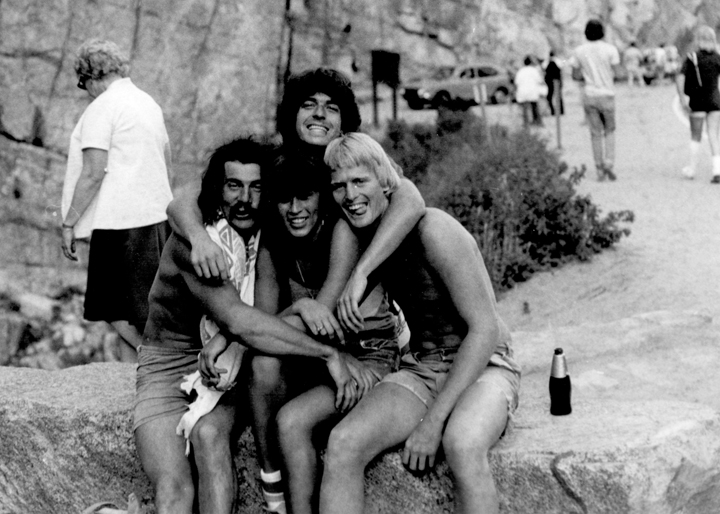 It was about time for me to start up my “Colorado Years” Photo Gallery and there was nothing better to start it with, than a photo of me with the three best guys that a girl could have as friends!

I met Dwight (Dike) Ringler, Terry Kluttz and Gary Gallawa when I followed my High School boyfriend to my first College which was Western State College in Gunnison, CO. It was such a remote place, that there was literally nothing to do there except party (and ski.)

And party we did. There are quite a few photos that I won’t be able to post from that time since, well…let’s just say they are better not being posted as we could all end up in jail!

The above photo was taken in Boulder, after I had left Boston (Part 2) and was on my way to LA. I got the chance to meet back up with my three best friends, who I ended up doing more things with, during my years in Colorado, than I did with my actual boyfriend!

The four of us would escape Gunnison and go spend weekends at Dike’s house in Colorado Springs or at Gary’s house in Boulder. Dike’s Mother had told us (way back when) that we should all buy a house together, so we could meet up there, for vacations in later years, with our families. I feel sad that we never did that, because at the time it seemed we would all be friends forever.

More stories and much more photos to come soon, from my Colorado years.

If anyone knows where any of these goons are, please tell them I am looking for them! I know where Gary is, but I haven’t talked to Dike or Terry in a very, very long time.