Tag - Bill Burr That’s What You Get 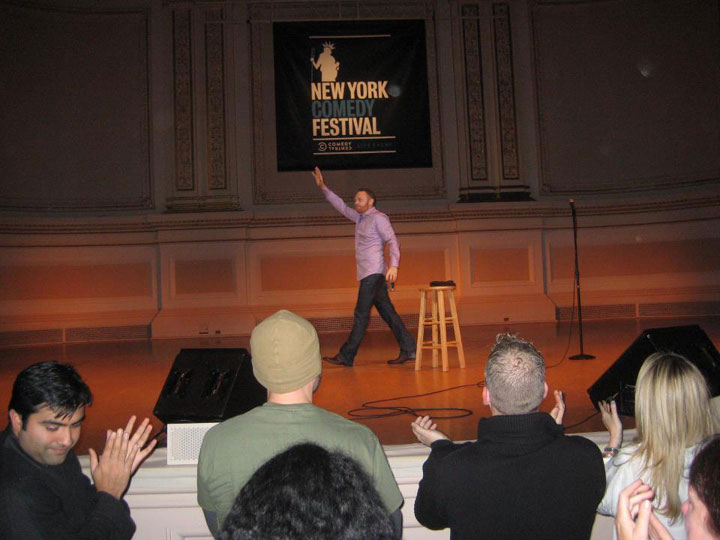 We were so looking forward to Comedian Bill Burr’s show at Carnegie Hall that we based our whole trip to New York around it!

Bill’s Show at Carnegie Hall was supposed to start at 7:30 pm so we thought it smart to leave our hotel (on 34th and Lexington) at 7:10 pm.

We quickly found out how crazy Friday night traffic in New York is.

We went back up to Park and again tried to hail a cab. Some local guy just laughed at us asking “why” would we think we could get a cab, on a Friday night, when everyone is trying to go home from work?

So, we walk back to the hotel, so the doorman can get us a cab. We finally get one and then get caught in the most miserable traffic jam. We were already 10 minutes late for the show and I was so tired from walking all day, I didn’t think I could walk anymore…but walk we did…we jumped out of the cab (cause the driver told us we were only two blocks away), and we ended up walking about 5-6 more blocks to get to Carnegie Hall.

Luckily, Bill had two comedians who opened for him so we didn’t miss any of his show. 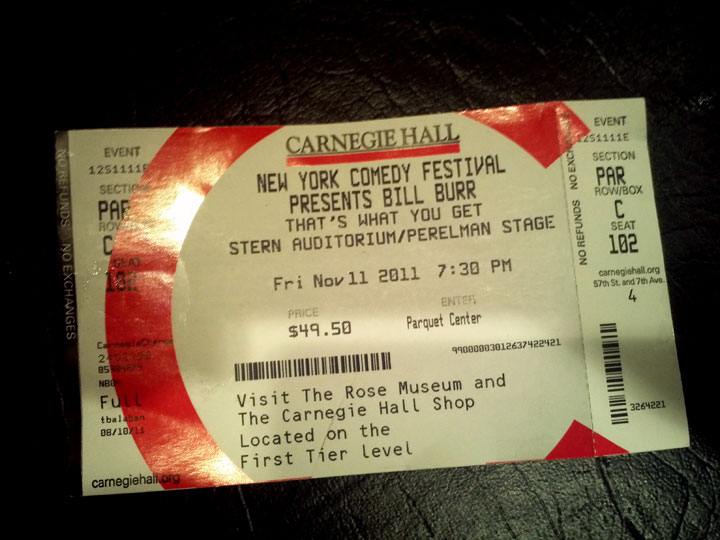 We had incredible third row Center seats for the show and don’t ask my why I didn’t shoot any photos or videos because I don’t have an answer! I found the photo of Bill onstage on Bill Burr’s Facebook Page and it was taken by Warren Kneissl.

This was the first time Bill Burr had ever performed at Carnegie Hall and he got a standing ovation coming into and leaving the sold out show. The show was “fucking excellent” as Bill would say himself!

If you haven’t heard any of Bill’s comedy yet, do yourself a favor and watch some of it on YouTube or buy one of his DVD’s. They were filming the night of his show so hopefully that will come out on DVD soon. Bill offers a weekly Monday Morning Podcast that you can listen to on his website – BillBurr.com.

Even though I was nearly crippled from walking all day, after the show we ended up walking more blocks, towards Times Square, so we could catch one or two subways home…

I remembered then that I hadn’t had anything to eat all day, except for the sugar lunch I had with Elizabeth. So what was waiting for us when we got back to our room? The cupcakes I had bought at Crumbs earlier in the day!