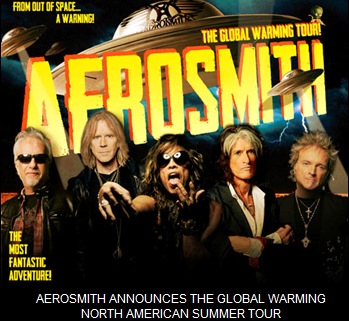 It has taken me four months to get my tickets for the Aerosmith/Cheap Trick concert! I first blogged about their Global Warming Tour at the end of March.

I had planned to attend the New Jersey Show (so I could also go to New York), then thought I would go to Boston, then Chicago…all the while, Atlanta being the closest place to me.

I finally ran out of time, trying to make up my mind, so today I finalized my plans.

I have 11th Row Floor seats for Aerosmith’s Atlanta show, this coming Thursday (7/26). Kevin would rather stick a hot poker in his eye, than go to this concert with me, so invitations have gone out!

Three people have already declined, so if you are in Atlanta this coming Thursday, and you want to see Aerosmith & Cheap Trick, get in touch with me to share in the adventure!

Hope I get some great photos and/or great stories for upcoming blog posts!

I first heard the Radio “Remix” version of this song and loved how strange it sounded! This is the “Official” Music Video for Just Push Play by Aerosmith.