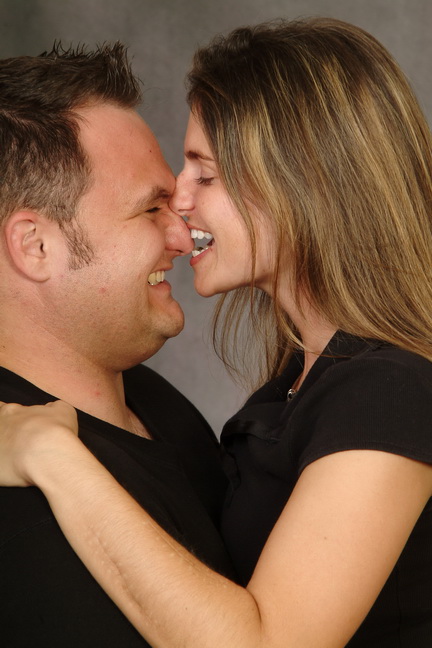 There is nothing more fun than photographing a couple who are so obviously in love with each other, and who seem to “speak” their own language, without using words.

Kristen & Ryan came to my Studio, for their Engagement Photo Session, and they had me cracking up almost as much as they were.

The two of them had such a good time together that I just kept shooting and shooting, and if I was able to capture one serious image, they then provided half a dozen goofy ones following. (I even had to show the last frame, which shows “how” I had them posed, which contributed partly, to their silly behavior.)

I wanted to include all the images taken during Kristen & Ryan’s Photo Session, so prospective Clients can see that Studio Engagement Sessions don’t have to be boring. It’s all in how the subjects interact with each other. (Sample Images)

Click Below to Book an Engagement Photo Session online